Working with Influencers to Become a Part of the Consumer Dialogue 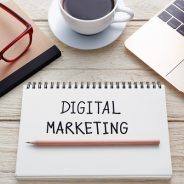 When you see a tweet or an Instagram post from one of your favourite celebrities showing off the good life with a new outfit, beauty product or a beautiful vacation, there is a chance that the star has a good reason to tell you about it. Money.

Influencers across the globe are cashing in on their legions of social media followers. One woman called Samantha won a photo competition that led her Instagram follower count to soar. The winning photo was a pic of her golden retriever, Aspen, in her kayak.

Companies started to pay her to post photos of everything from the Garmin watch that she wears to the dog food that Aspen eats, all in exchange for cash. Many times, a company’s marketing and creative team will be on the lookout for a specific type of influencer to partner with. In Samantha’s case, Garmin was looking for a female influencer that loved the outdoors and already used their products.

Before social media, companies relied heavily on traditional media such as print and broadcast. These methods force brands to talk at consumers and be the interrupter.  Thanks to social media influencers, however, brands have the opportunity to really be a part of the consumer dialogue.

Major corporations such as Coca-Cola are cashing in, too. Stars such as Selena Gomez can make an estimated $550 000 per post, and the young star has photos of herself drinking Cokes on her Instagram page. According to www.twitter.com/annalect, around 40% of people have purchased an item after seeing it on social media, contributing to a $1-billion market in 2017.

Working with influencers is a great way to get your products in front of your target audience in an authentic way on platforms that they are already using.