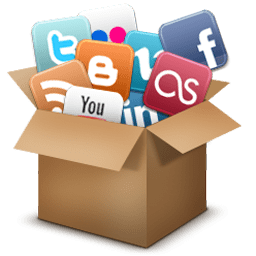 Shortly after being launched in 2006, it seemed as though the social mediaplatform – Twitter – would be little more than a platform for narcissists who enjoy torturing people with useless facts about their daily lives. Thisall changed, however,when celebrities like Oprah started making use of this micro blogging service to raise public awareness of socially relevant issues. So Twitter became less about the individual and more about noteworthy happenings and eventually evolved into the preferred news feed of the modern age, rendering many previously used pointing and info-gathering technologies obsolete.

Next Twitter launched a feature called Cards, which enabled a small amount of the company’s partners to embed media directly into their tweets. The program has since then expanded and Twitter recently announced that it has 2,000 partners using this stretchable drawer-like feature.

Now, this social networking phenomenonis set to evolve yet again. Driven by the desire to produce returns for its ever growing list of investors, the company has developedeven more ways in which Twitter can be exploited.

Here are four new features we can expect:

1. Thanks to an exclusive partnership with the company Nielsen(which owns the social TV data firm BlueFin), Twitter will gain the ability to analyse tweets, and so rate the social impact of television shows.

2.Twitter will give all future tweets ratings of “low” “medium” or “high”, which will have an impact on their exposure across this micro blogging platform. It is also rumoured that Twitter will allow advertisers to purchase the “high” category.

3.Due to its newly formed partnership with American Express you will soon be able to purchase items with a simple tweet.

4.A startup called Nestivity is also set to be launched. This will turn your Twitter profile into a “nest”, enabling you to interact and converse with people more efficiently. It will also make it possible for Twitter to be utilized insome of the same ways in which we are currently usingFacebook, Linkedin and Google+ groups.

Want to stay up to date about social mediadevelopments? Then partner with WSI OMS today.