The Four Kinds of Millennials 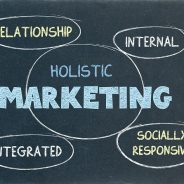 Up until recently, everyone born between the years 1980 and 2004 were lumped together under the banner ‘Millennials’. While grouping a certain demographic by age does assist in some predictions, it is becoming increasingly obvious that Millennials are comprised of four separate groups. Each group is affected by different socio-economic factors and as such have different outlooks. A digital marketing campaign aimed at anyone between the ages of 13 and 35 needs to incorporate elements of experimental marketing to fully reach these four distinct sub sections of the millennial generation.

The Struggling Aspirationals form the largest part of the four subsections of Millennials. Their forward thinking and globalist view identify this group. They are ‘green’, fit and healthy, have some form of employment and standard source of income, but often find themselves in financial trouble.

This group is ambitious and seeks to raise their station in life. They are most open to digital marketing as they form part of the interconnected superhighway of information that is the internet, but they are thrifty and aware of most kinds of traditional advertising.

Experimental advertising ignites their interest and will lead them further than old school banner adverts.

This group is the polar opposite of the Struggling Aspirationals. They are content with their station in life and act as consumers of content. They can be targeted by most TV adverts, as this is likely their preferred medium. A small percentage of the millennial generation, they lack inspiration and likely subsist on welfare to meet their needs.

The Active Affluent sees their lifestyle as a means by which to measure their status and accomplishments.

The Successful Homeowners and Struggling Dependants

Each of these groups has some form of spending power and will be swayed if you communicate with them in the right way. Contact WSI OMS for social media marketing and content marketing services.