The effect of Google+1 and internet marketing

Posted by Francois Muscat on Sep 21, 2011 in Social Media Marketing | 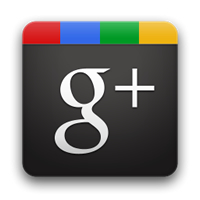 When the Google+1 feature was first released by Google for websites, it was really difficult to imagine if people will actually use it and the implications it is going to have with and optimized internet marketing strategy. When it was launched, it was seen as an attempt to match the “Like” feature on Facebook, but there’s a big difference in using the +1 feature as the +1 results are integrated onto Google search.

The Google+1 feature has been integrated with Google’s own social network – Google Plus. The same as with the Facebook “Like” button, a user’s interests are built into their Google Plus profiles. With the +1 button available for blogs and websites, users can share content publicly to their Plus profile and at the same time, forming a nest of interests around themselves.

The Google+ effect on search results

Even though it has been around for a couple of months, a mass adoption of the Google +1 button will have a big effect on the way we are searching for information and a large effect on SEO and SMM (Social Media Marketing). While a website and blog’s ranking may be taken by the searcher to be an indication of whether it is trustworthy or not, with the +1 button we can have personalised endorsements from our friends and the people that we are following in our network. This is surely to have a huge impact on our perceptions on different services and products to make the final decision of buying.

Facebook has a huge advantage over Google in the way of specific targeted marketing. If the Google+1 feature takes off and used more than its already been used, Google will be acquiring huge amounts of accurate and specialised information.  The Google +1 button which offers interesting and relevant content to its users is a huge step with social media marketing. This feature shows the extent to which Google are busy attempting to keep their users interested and focused on topics that they want to see.

Many blog posts and other information can be found regarding the Google+1 feature and I believe it’s going to be a huge step forward for all internet marketing campaigns if it takes off.