Posted by Marianna Muscat on Nov 15, 2011 in Social Media Marketing | 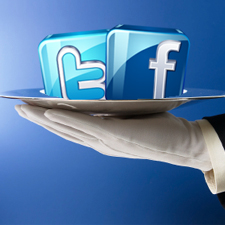 Oct. 27 was the first day of the Social Media for Customer Care Summit in New York, a gathering of some of the largest brands in the world focused on how social service can be leveraged more effectively. Interestingly enough nearly every brand was struggling with the same three big questions and I’m sure these points would be relevant to brands in South Africa

Don’t allow any one team to own social media. (KLM)

In April 2010, Dutch airline KLM was thrown into the jaws of social media, head first thanks to the Icelandic ash cloud that covered Europe and grounded flights across the continent for nearly a week. Moving quickly, KLM earned credit by creating a rebooking tool for Facebook within 24 hours and created a “multi-functional” team across customer service, marketing, PR and operations. For the world’s largest airline, this forced integration was just what they needed to build a highly sophisticated view that social media belongs everywhere across the company. When they recently launched 24/7 support on Twitter and Facebook, they did it through a highly engaging “Live Replies” campaign in which they responded to tweets with a small army of staff in an airplane hangar holding up signs.

Go through the experience to really get it. (Telus)

Canadian telecom brand Telus brought executives into real “down and dirty” conversations that customers were having with service reps on social media channels. Telus was rated high on the Canadian list of companies with the “worst customer service.” Social media is a key component of how they plan to be the first telecom in Canada to make it off that notorious list.

Scott Klein and Marlene Kanagusuku from Zappos and its customer loyalty team presented on how every employee is required to take four weeks of customer service training, and they are planning to cash in for the holiday season by bringing everyone from across the company in to man the phones and work with customers directly during that busiest time.

Get top-level buy-in through stories and data. (Citi)

Frank Eliason became something of a rock star within the world of social customer care thanks to his work founding the @comcastcares Twitter account and helping to change that brand’s corporate culture. Now he’s got a unique point of view on how and why social media for customer service is a failure, and how brands can fix it. One of his main points was that you need to combine data with real powerful stories in order to actually make a change. As he shared, “I’ve never met a CEO who wanted to create a bad customer experience.” Amen.

Find your ROI formula to justify your own existence. (Xbox)

Everyone has his own secret strategy for how to answer the big ROI question. But McKenzie Eakin, LIVE community programs manager for Xbox pulled back the curtain on her relatively simple formula:

Unique customers engaged with Xbox on Twitter x The percent of people who say they would have called instead of tweeting x Average cost per call = $$ saved in call center costs.

It’s not a perfect methodology, but it’s all about finding the right lens through which to view data your company cares about.

Best Buy and its Twelpforce. All 180,000 of their employees are encouraged to use social media tools (a staggering number) and they have many training programs and content creation initiatives (like an in-house production studio). One important key — they let employees share their personal passions for technology and intersect those with their jobs.

Earlier in the post, I started with a great customer service example from The Four Seasons hotels. While this tip itself was not something that Andrew Gillespie, Four Seasons’s manager of guest services, shared from the stage, it was an important reminder. Not every piece of negativity from a customer is bad news. Many times, it’s an opportunity to confound expectations, deliver something unexpected and completely turn that experience around.

Respond with empathy, but defend your brand. (Comcast)

Kip Wetzel didn’t have an easy job when he became the new voice of the @comcastcares Twitter handle. At the conference, he talked about striking the right tone, how a human quality like empathy can be translated into 140 characters, and how engaging on social media doesn’t mean you need to let go of defending your brand. Be real and genuine and detailed, but also share the truth.

In one of the final sessions of the day, Carla Saavedra from Samsung shared the important reminder that not everyone is worth engaging online. Some people are looking to pick a fight, get free stuff, or just get some attention on Twitter. Ignore those trolls and have a real strategic or customer-centric reason for responding to content online. This relates closely to the scaling topic because you can’t scale without prioritising your responses.