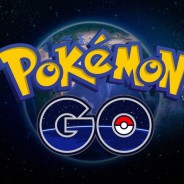 The new location-based augmented reality mobile game by Niantic, only released a month ago, has taken the world by storm, for kids, teens and adults alike. Not only has it unleashed hordes of people onto the streets in search of game characters to catch, but has sparked a few business ideas, completely transforming some retail businesses.

For the unenlightened few, the game makes use of the GPS and camera of compatible devices, allowing players to capture, battle and train virtual creatures, called Pokémon, who appear on device screens as though in the real world. The game is free to play, although it supports in-app purchases of additional gameplay items. It has a real social aspect, bringing unlikely people together.

The simplest way to actively engage in Pokémon Go marketing is to establish a Lure Module purchase for the physical retail location. This will capture the game characters in the geolocation for about thirty minutes. The cost works out to around $1.19 per hour. Food establishments and convenience stores are obvious choices, with one restaurant raising their business by 75% in one night by using Lure Modules. Another quick pop-up business, offering smartphone charging stations to Pokémon Go players, has proven to be a remarkable opportunity to generate new sales.

Pokémon Gyms, set in locations usually in or near a park or street corner, cannot be purchased, but can be located. Food vans set up around a Pokémon Gym saw a 7000% increase in business, about 200 hundred people per hour, with trade running on well into the night.

Soon, advertisers will be able to buy sponsored places in Pokémon Go, according to Niantic CEO. Large national retailers will most likely sponsor elements like Pokéballs, and see big organic growth.

With this game already being the most popular in history, in the first week of its launch, it’ll be around for a while. It will be most interesting to observe the Augmented Reality marketing ploys that emerge and impact different business. As always, business opportunities are for the bold and the quick to act.

Can you think of a way to harness the enormous following of Pokémon in your business?