Four things that make you look bad on Twitter 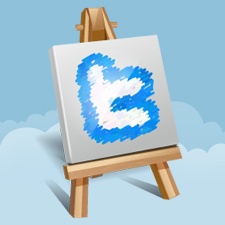 Some people are pros at social media marketing – they know how to build a fan base, network and what to share on each platform. While there are many ‘Twitter User Guides’ that can help you master this platform, there are certain Twitter etiquettes that the pros are aware of, but don’t write aout.

If you’ve been using Twitter for a few months, you might not be aware of some of the things that make you look bad. To save you from losing followers and having an inactive account that nobody’s engaging with, I’ve listed a few things that can make you look bad on Twitter

If you’re a business owner, you will inevitably want to share press releases (or other good news) about your business. The problem with this is that it looks like you’re pushing an agenda. Make sure you’re tweeting your own opinions and news about other thought leaders as well, because if you’re only retweeting your company’s updates, it will make you look like a spambot or someone who’s not really using Twitter to network and engage with others.

One of the biggest problems with stealing tweets for your personal account is the fact that too many people are stealing tweets that everyone else has already read. While you shouldn’t really be stealing any types of tweets, you have to be particularly careful when copying information from popular accounts like Mashable, the New York Times, HubSpot, Huffington Post and other widely followed accounts. If you don’t give credit where credit is due (in other words, mention – via @Mashable in your tweet), you’re going to look bad.

3. Pretending you network with people you don’t know

It’s great to know important people like blue chip CEO’s and celebrities, but don’t pretend you’re tight with all the A-listers and ignore everyone else in your Twitter feed.  People will think you’re elitist and that you consider yourself too important to pay attention to your other followers, which will cost you at the end of the day. Be inclusive and engaging with everyone from the VIP’s to your customers.

Posting a complaint will often get a reaction – not only by the company you are complaining about but also by followers who agree with you, so this has become common practice to initiate engagements on Twitter. The problem with this is that you can be seen as overly negative and it will also affect your Klout score.

Keep these tips in mind to avoid looking bad on Twitter.