Home /Articles » Cancun travel: Even a seasoned traveler can get caught in a scam.
Sun03

Cancun travel: Even a seasoned traveler can get caught in a scam. 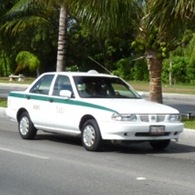 This is my company blog but I thought I would post my experience I had yesterday while making my way to Cancun after training in Mexico City.
I arrived at Cancun airport and was making my way to the arranged transport I had organised. I always do this when traveling in a strange country where I don’t understand the language. We arrived at terminal 2 only to find out we had to go to terminal 3 for our ride. On the way a travel agent official (with ID badge) stopped us to help. He said it would be 20 minutes to get to terminal 3. He called our transport on the phone number I gave him. After speaking in Spanish to the guy he handed me the phone. The person on the other side said that their transport was going to be late, about 2 hours as there was an accident and the road was blocked. He said I should catch a taxi and hand the receipt to the hotel when I got there. The “nice” agent then offered to arrange the taxi. I was suspicious and said that I was not sure. I asked to see the phone number that he called on his cell and it was the same as I gave him. But I didnt see that he had probably phoned another number. Anyway long story short we went in a “taxi” it had the certification stickers on. They wanted me to pay $80 before left. I said no and they said OK. The driver only spoke Spanish so we couldn’t communicate. He was going in the opposite direction to the hotel so we started to get worried. I told him to stop and we showed him on the map where we need to be. We got to the hotel safely. There were no accidents on the road, it was just a scam to get me to use their transport. At the hotel I get the concierge to discuss this with the driver but we got nowhere. I was concerned we would be charged twice for the transport.
It ended ok, but never again will I deviate from the plan. I should have made my way to terminal 3.
I thought I would share this with you, especially as a warning to those who travel.
We are in an amazing place called Excellence Playa Mujeres.