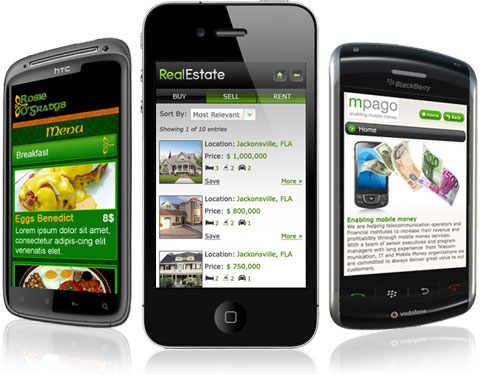 Globally, internet users are shifting their browsing preference from desktop to mobile. As phones get smarter, information is more readily available and results need to be instantaneous.  2011 stats from International Telecommunication Union show that in Africa, while there are only 1 million fixed broadband subscriptions, there are 31 million active mobile broadband subscriptions (via mobiThinking). Some stats show that more Africans have access to a mobile phone than to clean drinking water. And Opera’s ‘State of the Mobile Web’ report for January 2012 shows that both mobile page views and data consumption globally have increased by over 100% since January 2011.

According to Stat Counter, since 2010, South African mobile internet traffic has more than doubled from 8.09% to 19.33%, whilst desktop has lost 10 points, coming down from 91.91% to 80.67% over the same period.  And, IT News Africa, reporting on the Mobility 2011 research project by World Wide Worx, notes that up to 39% of South Africans are now browsing the web on their mobile phones. Google Africa puts the number at over 12 million. Current predictions are that by 2013, more search queries in South Africa will originate from mobile devices, than from desktop computers.

How many websites are mobile ready?

But what is the state of the South African mobile internet? Statistics are hard to come by, but one American study (Mongoose Metrics Data Series) notes that only 9% of the web is mobile ready.  A DotMobi study sites the growth of the number of new mobi sites has increased drastically from about 149 000 in 2008 to more than 3 million in 2010.

As more and more people take to browsing the web on their phones, the demands for access to websites that load quickly; render themselves easily read on smaller screens; and are lighter on both memory and bandwidth will increase dramatically. It will become a necessity that websites have both full and mobile versions, and helpful if they redirect the user to the appropriate site based on the device being used.

While it appears that we are on our way, the South African internet has a long way to go. If you want to make sure that your website visits can find you, you need to make sure your mobi site is up and running.