A simple guide to using hashtags on social media platforms 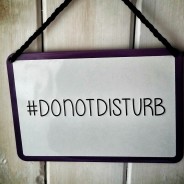 Thanks to social media, a lot of new words have been added to the dictionary in the past 20 or so years, with the most widely used and accepted being hashtag. So popular the word, in fact, that a baby was named Hashtag Jameson a few years ago, triggering worldwide trending and spawning a host of new hashtags, like #Foolishparents and #StupidestNameEver. Silliness aside though, hashtags are now used on many social networks, including Twitter, Instagram and Facebook.

A hashtag is a simple keyword phrase, spelled without spaces, with a pound sign (#) in front of it. You can put these hashtags anywhere in your social media posts. What they do is tie public conversations from all different users into a single stream, which you can find by searching for a hashtag and clicking on one. What makes them great, is that hashtags are the ideal way for individuals and brands to make their social posts more visible and increase engagement. They can provide useful context and update a group of like-minded individuals on a certain topic in real time. The key is to use them sparingly and only when they add value. Too many can be annoying, confusing or frustrating.

A Twitter hashtag ties the conversations of different users into one stream. If Twitter users who aren’t otherwise connected to one another talk about the same topic using a specific hashtag, their tweets will appear in the same stream. Using a hashtag on Twitter is as simple as publishing a tweet from a public account that includes the hashtag. As long as your account is public, anyone who does a search for that hashtag will find your tweet. One to two hashtags per tweet show the best results for engagement. Tweets with hashtags get twice the engagement of tweets without.

Like on Twitter, a Facebook hashtag ties the conversations of different users into one stream. But unlike Twitter and Instagram, where many people have public accounts and their posts can be seen by anyone, most people’s Facebook posts and accounts are private. This means that even if individuals are using hashtags, they aren’t searchable. The result? The hashtags you can search for on Facebook tend to be published by influencers, brands and publishers, rather than by individuals. To use a hashtag on Facebook, all you have to do is publish a Facebook post to your Page or timeline that includes the hashtag.

Be sure your post is public if you want people other than your Facebook friends to be able to find it. To make a Facebook post public, click on the button to the right of “Post” and choose “Public” from the dropdown menu. Once you publish the post to your Page or timeline, the hashtag becomes a clickable link, which takes folks to the hashtag page. One to two hashtags per post show the highest engagement.

Although hashtags were born and work best online, they can be seen in other places, like on billboards, print ads or menus. They really just encourage people to check them out. Using hashtags in all your social media posts can effectively increase the reach of your messages, which can boost a brand’s engagement and following overnight. For more on social media and digital marketing, get in touch with us. We’ll see what we can do together to increase your following.