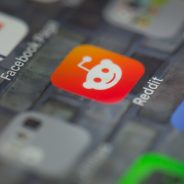 Launched in 2005, and since acquired by Condé Nast (think Vogue, GQ, Vanity Fair and Wired Magazines), Reddit is a social news aggregation, web content rating and discussion website functioning as a network of communities based on people’s interests.

Registered members submit content to the site such as links, text posts and images, which are then voted up or down by other members. Posts are organised by subject into user-created boards called “Subreddits” covering a variety of subjects. As a user-influenced platform embracing discussion and community engagement, rather than content creation or branding, Redditt has not been perceived as marketing or brand-friendly.

Reddit has however made attempts to gain brand attention, with advertising offerings and new features such as video streaming and video hosting. It is a good platform to keep in mind for future marketing opportunities, as the platform has grown between 2017 and 2019 from 330 million active monthly users to 430 million. The Reddit audience is predominantly male, and Generation Z (born between 1995 to 2015) make up 26 percent of Reddit users. Here are nine other interesting statistics:

If your marketing audience includes Generation Z and your products and services are technology-focused, then Reddit might be the platform for you. Contact WSI OMS in South Africa to increase your company’s visibility and raise brand awareness through social networking.