Posted by Marianna Muscat on Jan 11, 2012 in Social Media Marketing | 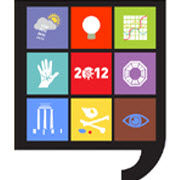 I have been swamped by the amount of articles and blogs being produced in the first week of 2012 with regards to what the ‘State of The Nation’ will be with regards to Online Marketing and in particular Social Media.  I was particularly interested in this recent post on BizCommunity written by Chris Moerdyk which sums up what my general thought have been as to answering the ‘where to now’ question…..

It would be singularly arrogant and just plain stupid of me to boast about the fact that nine of the 11 trends I predicted for 2011 were spot on. Quite simply because they were as predictable as the notion that Sundays are pretty much certain to be followed by Mondays [aha, Rebecca Black taught you something… – managing ed].

The two that I got wrong were:

“… newspapers will wake up to the fact that taking advantage of online is not just a question of reproducing their print products online? That was a massive mistake in the past and effectively just ended up with newspapers giving content away for free to the detriment of their print products. Newspapers will have to start re-assessing their online activities or simply go bust…”

I also suggested that 2011 would be the year in which print media would become more relevant. Wrong. Newspapers particularly are still being produced as though there were no such thing as the Internet, radio or social media.

So, let’s look at marketing and media trends for 2012.

As one can see and this is something very close to my heart, what most companies need to do is assess their current online activity and the success thereof as well as undertake a look at their immediate competitors where we at WSI can assist with our Online ‘Competitor Analysis’ which provides a full 360 Degree view of the competitive landscape. This will provide yopu with the tools and budget breakdown by channel allowing 2012 to become the turning point!